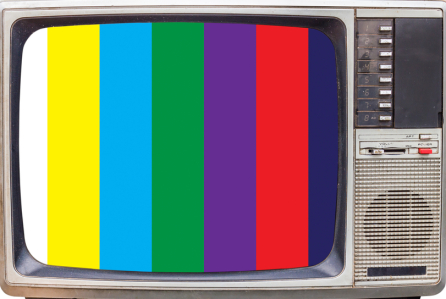 A few weeks ago, I wrote a two part series on what I consider to be the 10 best movies of all time. Given how much I enjoyed writing that piece and the fair amount of success it had, I have decided to do a similar series on my 10 favorite television series of all time. Similar to my previous series, the first week will feature 10-6 on my list, as well as an honorable mention. Week two will feature numbers 5-1, as well as a list of other shows I felt could have been in contention. This list excludes shows like The Daily Show, mainly because they are not really TV series. Please note that all opinions in this piece are my own. Just because your favorite show isn’t on here, it doesn’t necessarily mean it is bad (although, it very well might be).

If I had made this list a year ago, House of Cards would have been number one, without a shadow of a doubt. In my opinion, it is most likely the best story ever created for the small-screen. The complexity of the characters and the phenomenal writing create something that has never been, and very well may never be, replicated. I have seen the entire series to-date a total of 5 times. I absolutely love it. However, after the Kevin Spacey scandal, I feel that the show simply lost a lot of its appeal. I tried to re-watch the series again after the scandal and it just didn’t feel the same. The psychopathic tendencies of Spacey’s Frank Underwood just felt all too real to have any legitimate entertainment value. With that being said, the show itself is amazing and deserves mention on any list of this nature.

Although it is probably the least recognizable show on this list, Burn Notice was spectacular during the entirety of its 7 season run. The show is centered around a blacklisted spy who attempts to reassemble his life by connecting with old friends, as well as old enemies, from his past. Interesting characters and witty dialogue, as well as over the top action sequences make this show truly memorable. The series finale holds a place among the all time greats and I feel that Burn Notice is more than deserving of a place among the most underrated television series of all time.

I cant say enough about this show. Friday Night Lights is the best sports-based TV drama of all time. However, it is also so much more than that. The show provides a deep look into the trials and tribulations of adolescence, particularly in small-town America. FNL took a concept that could have grown very repetitive very quickly and turned it into a show that always felt fresh and new. If you exclude the god-awful murder storyline (I seriously have no idea what the hell that was), the show absolutely never misses its mark. The relatability of a show about growing up in a small, high school football crazed town makes the show truly appealing and I think that is what makes the show so popular. It is definitely something to add to your list if you’ve never seen it.

Growing up, I thought 24 was the absolute best that television had to offer. Now, in my early 20’s, I still think that it is definitely up there. Each season of this thriller takes place in a single day (hence the name 24) of the life of government agent Jack Bauer. I have to say, this man has some eventful days. Kiefer Sutherland is one of my absolute favorite actors and he does a masterful job of portraying the immensely patriotic, heavily flawed, and extremely lethal Bauer. Sutherland is supported by an ensemble of very interesting secondary characters and an always interesting array of storylines that keep the show interesting. 24 is a must watch for any fan of thrilling drama series.

I know what you’re thinking. It’s probably something along the lines of “how could you put Breaking Bad so low on the list? It should be number 1!”. I have to confess something. I didn’t like Breaking Bad as much as everyone else seemingly did. At some point in the future, I will detail all of the issues I have with the show. For the purposes of this list, I will instead focus on the good. The early seasons of the show are some of the best television ever produced. The character development is indescribably good and the tension some of the show’s scenes create is unparalleled. Breaking Bad absolutely deserves a place among the giants of television. Its merit can not be questioned. Number 7 is a fitting place, in my opinion.

Avatar: The Last Airbender is the absolute high-point of Nickelodeon. SpongeBob couldn’t hold a candle to this masterpiece. Growing up, Avatar was my favorite show. I think a lot of the beauty of the show is its wide appeal. I remember my mom being genuinely invested in the show and even enjoying it almost as much as I did. A few years ago, I re-watched the entire series again and found it to be just as enjoyable as it was when I was a kid. Watching Aang, the show’s protagonist, slowly develop into his immensely important role in the show’s universe is incredible to watch and the story is told flawlessly. I will almost certainly go to my grave pondering the fate of  Zuko’s mother. A show has to have a real impact to create a mental dilemma like that. Although it is an animated series with a much younger target audience than the other shows on this list, Avatar: The Last Airbender is an epic series that anyone, regardless of age, can enjoy.

Thanks for reading. Be sure to come back to Mid-American Culture next Wednesday to see Part II of the series. In the meantime, check out some of the other great content from our writers!