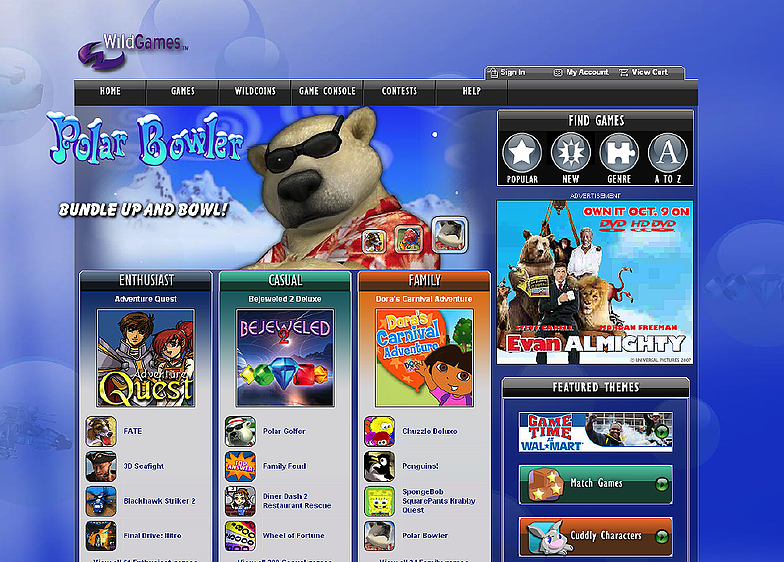 I was a Windows XP kid. It’s forever engrained into my mind, with its OS, Internet Explorer, and its startup jingle being prominent. Speaking of Internet Explorer, an online gaming store from WildTangent was downloadable for free, and I got it on Windows XP and Windows 7. Think of it as a kids version of Steam. I only downloaded demos from these, and I spent a lot of time on them. I remember PopCap’s Bookworm and Bejeweled being featured, but I’m going to talk about the games actually published by WildTangent. I know that there has to be some now-broken PCs out there that had these, so this may or may not be a nostalgic treat for you all. Let’s begin.

First is a game called Bounce Symphony. It’s a simple little game where different colored balls are in a container waiting to be lined up. You need to line up five or more to eliminate them and get points. A certain amount of points gets you to advance to the next stage, so not all of the balls need to be eliminated. Eventually the container will include bricks that you’ll need to work around, as they constrict the playing field. Simple enough, in fact the demo was easy, but the game’s tone really sold it for me. The music and presentation are both elegant, making for a relaxing experience.

Word Symphony is very similar, but now instead of lining up colors, you’re lining up letters to spell words. I distinctly remember advertisements for Creme Savers being in this game, and I’m not entirely sure why. That’s about all that I have to say regarding this game, so let’s move on.

Crystal Maze is essentially 3D Crystal Castles, and despite the similar names, these two games are not a part of the same series. It’s just a maze game where you run to collect gems while avoiding enemies and collecting power-ups. The graphics are appealing enough for a PC maze game back then. It was a fun little time-waster. 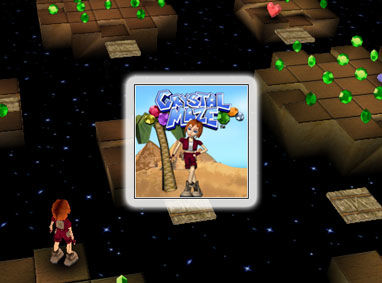 Overball is another copy of a classic game, this time Marble Madness. I will admit, though, that this game was actually very fun. I remember using the mouse to control the ball being very similar to arcade trackballs, resulting in a satisfying sense of control. This and the two Symphony games were developed by Escape Factory, by the way. They like using the mouse, it seems.

Another series very prominent at WildTangent is none other than the Polar games, which include Polar Bowler and Polar Golfer. These games are exactly what they sound like: the two sports with polar bears. They both allowed you to use the mouse to control the golf ball or tube the polar bear was using to bowl. The golf ball was especially satisfying to control with the mouse. 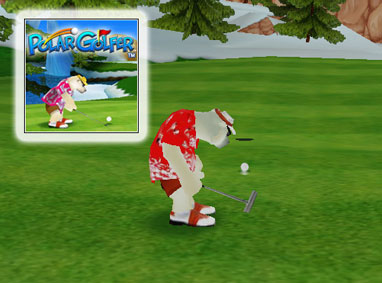 However, the game that I have the fondest memories of is none other than Blasterball 2. It’s essentially an upgraded version of Arkanoid, but it was really fun. This game was actually how I was introduced to brick-breaking games, and it blew my mind. I specifically remember the Revolution and Holidays variants being played very often. I also remember Blasterball 3 not being as good as the second installment. Even WildTangent had sequels that fell flat.

And that’s about all of them that I remember playing, but this article isn’t over. I mentioned broken PCs earlier, and that’s because this WildTangent store was on almost all of my family’s previous PCs. I suspected that it may have been because of WildTangent, but it turns out that I’m not alone on that assumption. According to WildTangent’s Wikipedia page, many other people noticed issues with their computers following the store’s download.

I also mentioned the Creme Savers sponsorship, and that’s because WildTangent also has a patent for in-game advertising. I guess that can date a game quickly, as I haven’t seen a bag of Creme Savers in a very long time. 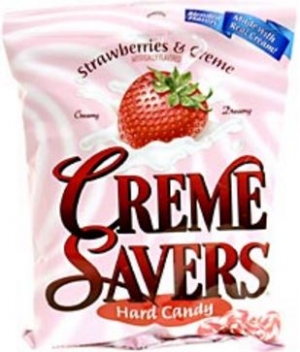 It also turns out that these games are still available on WildTangent’s website, but I don’t recommend downloading them. While they are nostalgic, they’re also a risk considering users’ computer issues. In addition, you can look up gameplay for most of these on YouTube to get the gist of them. WildTangent is a fascinating part of PC gaming history, and a fascinating part of Creme Savers’ history.

One thought on “WildTangent PC Games”