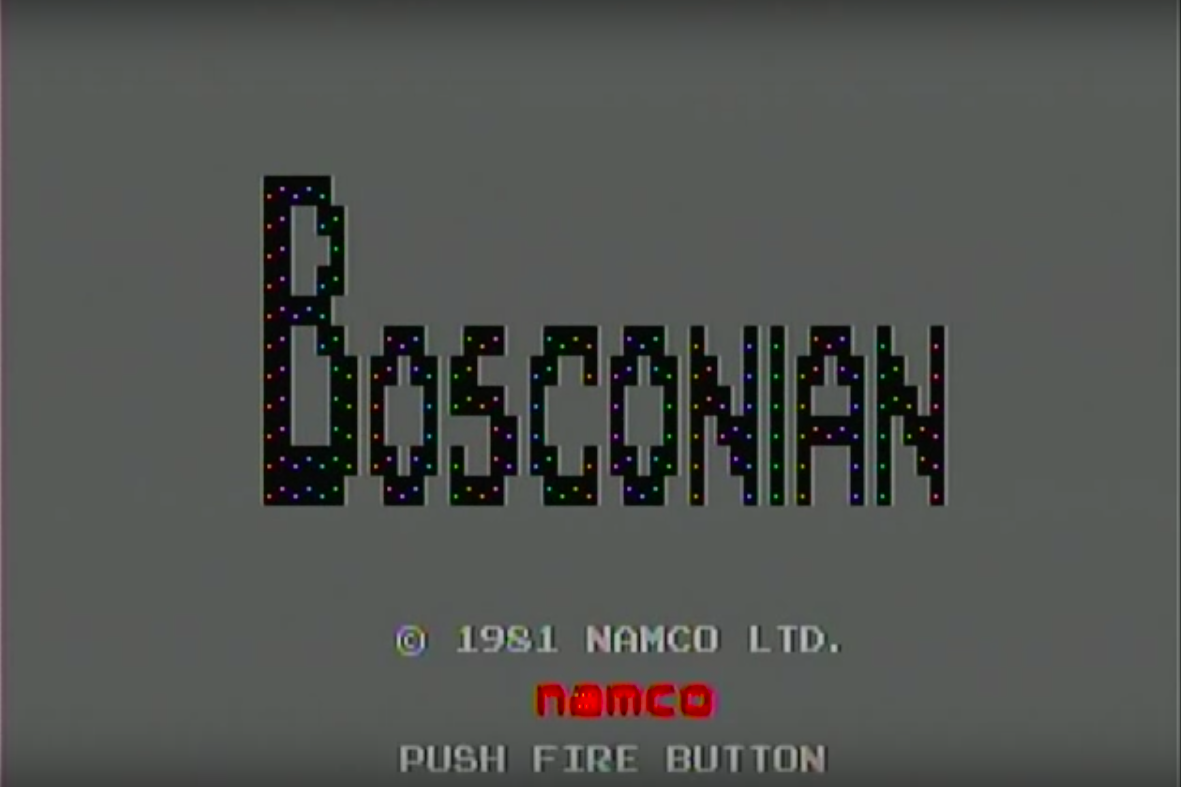 Namco is one of the most successful video game companies to come out of Japan. Before they merged with Bandai, they created games such as Klonoa: Door to Phantomile, Tekken, and Soulcalibur. Arguably their most successful time, however, was the age of arcades in the 1980’s. Their lineup at the time was almost impossible to compete with. Pac-Man needs no introduction, Galaga is a legend, and Dig Dug is a personal favorite of mine. However, there is one game that everyone forgot about that I think needs more recognition. And my fascination with it came from a product of a fad in the 2000’s.

Jakks Pacific had a line of products known as “Plug and Play TV Games.” They had many licensing deals with other companies to produce cheap alternatives to gaming consoles. I remember having three: a WWE one, an Atari one, and my personal favorite, a Namco arcade collection. Of course, it included Pac-Man, but it had four other games on it. Galaxian is fun, but you’re probably more familiar with its sequel, Galaga. Dig Dug was included, as well as the game whose crash sound effect scared me as a kid (in this particular version, at least), Rally-X. However, there was one game on here that I never saw outside of this collection, although it was released in arcades.

That game was known as Bosconian.

Bosconian is a space shooter, but unlike Galaga, you can fly in any direction in a somewhat open world. Your ship shoots from the front and back at the same time, which can come in handy. There are these green space stations with six hotspots that you need to shoot to destroy them, or you could shoot their narrow centers to destroy the stations. When they’re all gone, you advance to the next stage. Other obstacles need to be avoided as well if you want to survive in this epic space battle.

EDIT: It turns out that the version on this plug and play system is different from the arcade original. On plug and play, you can only go in four directions, presumably because of the fact that Pac-Man was the main draw for this system. The arcade version, however, lets you move in eight directions. In addition, the arcade original features some speech capability, and its seen in situations like the beginning of every level and when a formation attack occurs.

Like many other early Namco arcade games, it was distributed in the U.S. by Midway. Namco titles like Pac-Man made Midway a lot of money as a result. Nowadays, Namco handles re-releases and spinoffs of their older properties themselves. They also licensed their IPs to Jakks Pacific to make that Plug & Play system.

I remember playing this game so much on that thing. I remember its map in the corner of the screen blew my mind when I first saw it. I really didn’t expect an older game to have a map, so it fascinated me. The music was a simple hectic tune, but it was still memorable. I’ll never forget the “Player One Ready” jingle, either. Got me hyped up back then. The graphics and enemy ship designs were super cool, too. All of this helped to give the game a nice character to help it stand out from Galaxian and Galaga.

With that being said, why doesn’t anyone talk about this game when discussing arcade classics? I have no idea. Don’t get me wrong, I love me some Galaga, but Bosconian, in my humble opinion, is better in every way. The art direction is cooler, the music is better, and it’s simply more fun and rewarding to play. Bosconian is amazing.

Chase Edwards is a person who likes stuff. He enjoys some games, movies/tv, and sports.