I’ve grown up watching the NFL like lots of folks. My own Dad was not a big fan, but my Grandpa and Uncle were. I’m from Ohio so early on I dealt with The Bengals and Browns a lot. In fact my Aunt and Uncle kept me in Cleveland Browns memorabilia, especially since my Uncle was from Cleveland.

When I started being old enough to decide my own likes, I attached myself to the Pittsburgh Steelers, I caught on to them from my local barber shop. The shop my parents took me to had a huge photo of Terry Bradshaw and it wasn’t a Steelers photo, it was an ad for some kinda hair product. Which was kinda odd because Bradshaw didn’t have much hair. I just remember asking who that was and most of the guys were all about the Mighty Mighty Steelers of Pittsburgh. 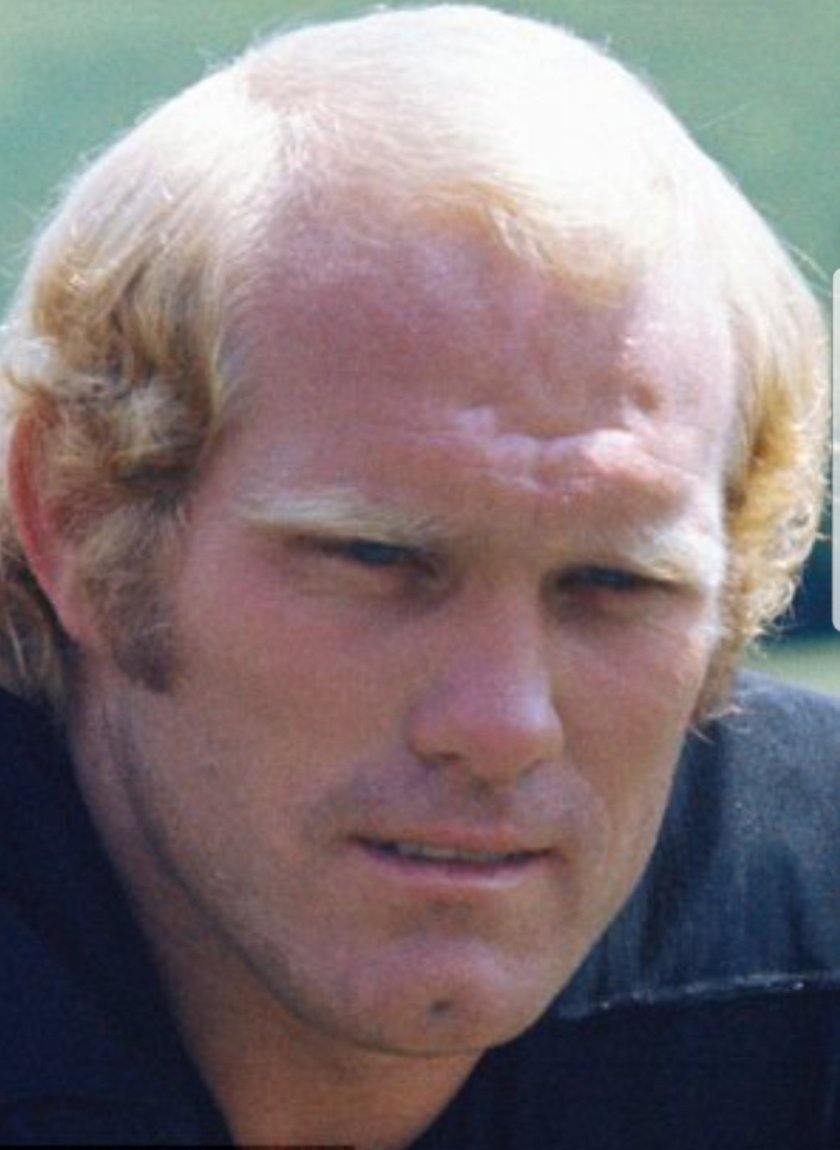 When I liked the Steelers they totally sucked. They were way past the 70s Super Bowls, way past. I had a Louis Lipps jersey I got for Christmas. I loved Merrill Hoge and Bubby Brister. My Uncle wasn’t too threatened by my Steelers love because his Browns were dominating the AFC half of the NFL at that time. However, no matter how great Cleveland was, they could not get past The Denver Broncos. After what became known as “The Drive” and the amazing fourth quarter comeback led by John Elway, I was a Broncos fan. I had John Elway’s Quarterback for the he 8 bit Nintendo. I had all the Broncos Starting Lineup figures. It was ok they got embarrassed in the Elementary School era Super Bowls.

I would stay with the Broncos for the longest. I even made it to a game against my more local Cincinnati Bengals. I’d ordered a Terrell Davis Jersey online to wear to the game. It was a size too big and felt like a moomoo but I wore it anyway. The Bengals were the worst team in the league but they beat the Broncos. In fact running back Corey Dillon broke the single game rushing record.

Our end zone seats became pretty rowdy and a drunk Bengals fan spat on me. He was quickly removed but it was still kinda crappy. Plus I paid a hundred bucks in 2000 to get spit on. Went back to that staidum with kick ass free tickets later on though and kinda rooted for the Bengals to beat the Texans. Tickets were 50 yard line. It was a much better experience.

I grew to hate the Steelers, super Fair Weather Johnson team. I’m not a fan of bandwagons. My NFL love cooled over the last ten years or so. Last Super Bowl I watched was Payton Manning and the Broncos get brutally beaten by the Seahawks. It was at a Buffalo Wild Wings so at least the food was good.

Suddenly after a few years away, I started to miss the NFL. Maybe it was President Trump’s constant attacks that made me want to revisit what I’d once loved so much in my youth. Most of the names I’d last watched were gone. Tom Brady, Drew Brees and a few others were still around. Still hated the Steelers and the Broncos did nothing for me. The Buffalo Bills had changed uniforms and those looked cool, kinda had that old school AFL vibe. I caught Bills living legend Jim Kelly on the ESPY’s back in the spring and his story and courage battling cancer really hit me. 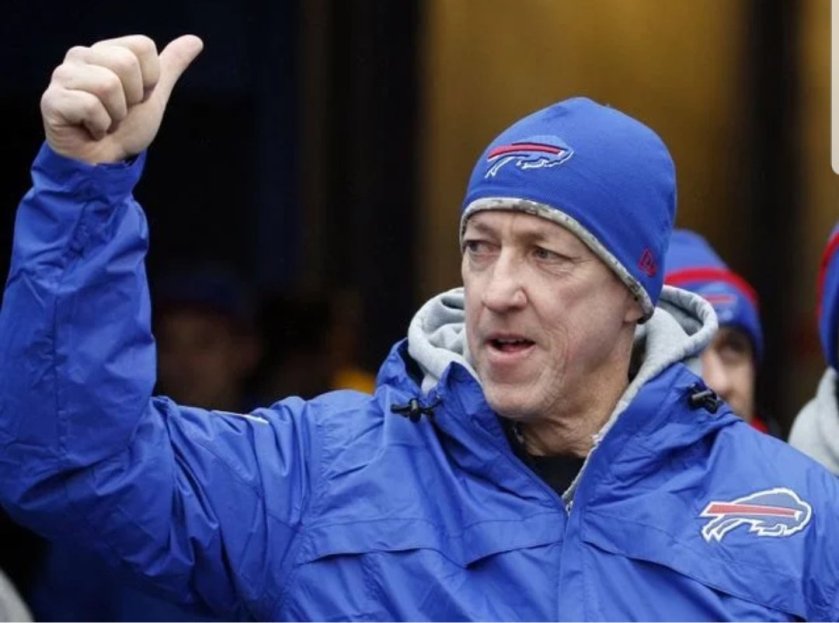 A few days of checking up on Kelly led to stories of the Bills first round draft pick Josh Allen and his journey from California, to Wyoming, to the NFL. At a family birthday party my wife and oldest daughter we’re making tie dye shirts and when asked what colors I wanted I went with Bills colors. 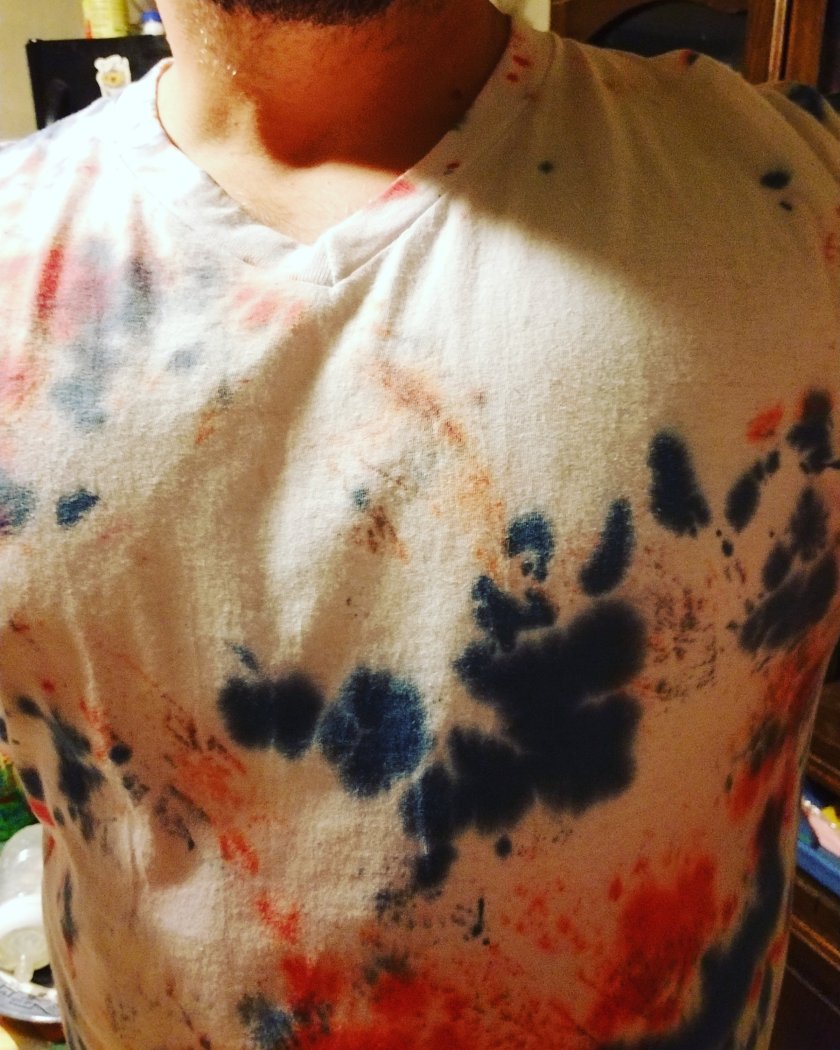 Then I caught the Bills and Bengals on a preseason game. Then just like that the Buffalo Bills became my team. They we’re blew out in week one by the Ravens, but I’ve always liked an underdog.

Follow Mid-American-Culture on Twitter and keep up with us for fresh perspectives on all sorts of stuff. Happy weekend!

I'm a geek of all sorts, I love comics and philosophy. I also dig on movies, music, books and tons of other things. I'm a dad to a wonderful troupe of munchkins. Life is good, but never content to accept it, always think I can do better. View all posts by mburnsoh

One thought on “I Wouldn’t Say Fair-weather Johnson”