Hello everybody and welcome back to the Mid-American page. News broke today that former Buckeye standout, Nick Bosa, has decided to end his season with the Buckeyes to rehab an abdominal injury, suffered against TCU, and pursue training for the NFL. Bosa has been huge for the Buckeyes and there is now a huge void that Greg Schiano and company will have to fix.

The Bosa family has something running in their genes. The father, John Bosa, was a defensive end for the Dolphins back in the day and was a first round pick out of Boston College. Older brother, Joey Bosa, also hailed from The Ohio State and was selected 3rd overall just a few years ago. Now, Nick Bosa, in his third years for the Buckeyes looks to continue his family’s first round streak as he is a projected number one overall pick in this years draft. Bosa had 14 tackles and 4 sacks in just two and a half games. That’s pretty damn good considering he was out by half time for the first two games.

Watching the Buckeye defense these past weeks since Nick went down has been just a complete dismal. Bosa applies constant pressure to any offense. He commands constant double teams and sometimes triple teams.

Defense has turned to a new defensive end, Tyreke Smith, and the proven young gun Chase Young. Young is just a sophomore with very little experience, but a ton of raw skill and athleticism. However, the raise in plenties for the Buckeyes have sky rocketed since Bosa’s absence. Dre’mont Jones has stepped up in a big way for the Buckeyes, but the rest of the defense has to mature if the Buckeyes want a shot at the playoffs.

Am I upset Nick has decided to end his season early? Hell yes. However, I understand it. This kid is only 20 years old with dreams of being better than either of the two family members before him, and he has a good chance. Why not go get the paycheck and go chase your dream while you’re at it? Nick Bosa will be a name you’ll be hearing on Sunday for a very long time. 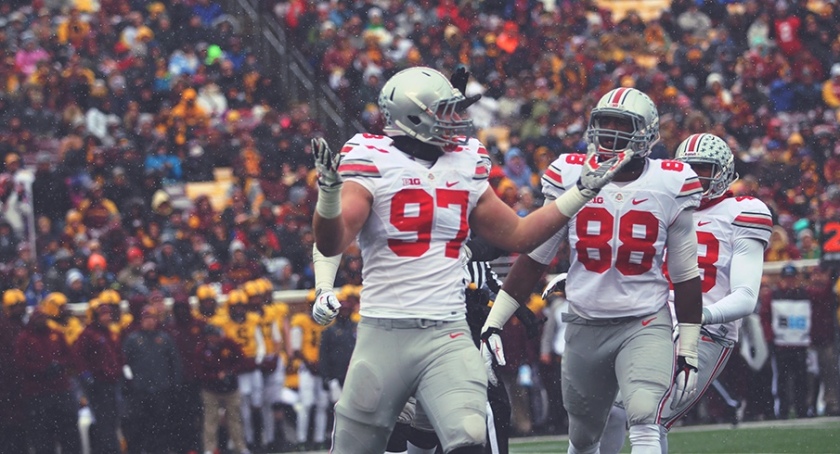 Who do you think will step up for the Buckeyes or the defense a lost cause? Let us know down in the comments! Thank you for spending a part of your Tuesday with me and the rest of the Mid-American crew. Stay tuned for more fresh daily content!

Currently a nursing major at Ohio University Southern. I am an avid fan of the Ohio State University, New York Yankees, Blue Jackets, and the Oklahoma City Thunder.