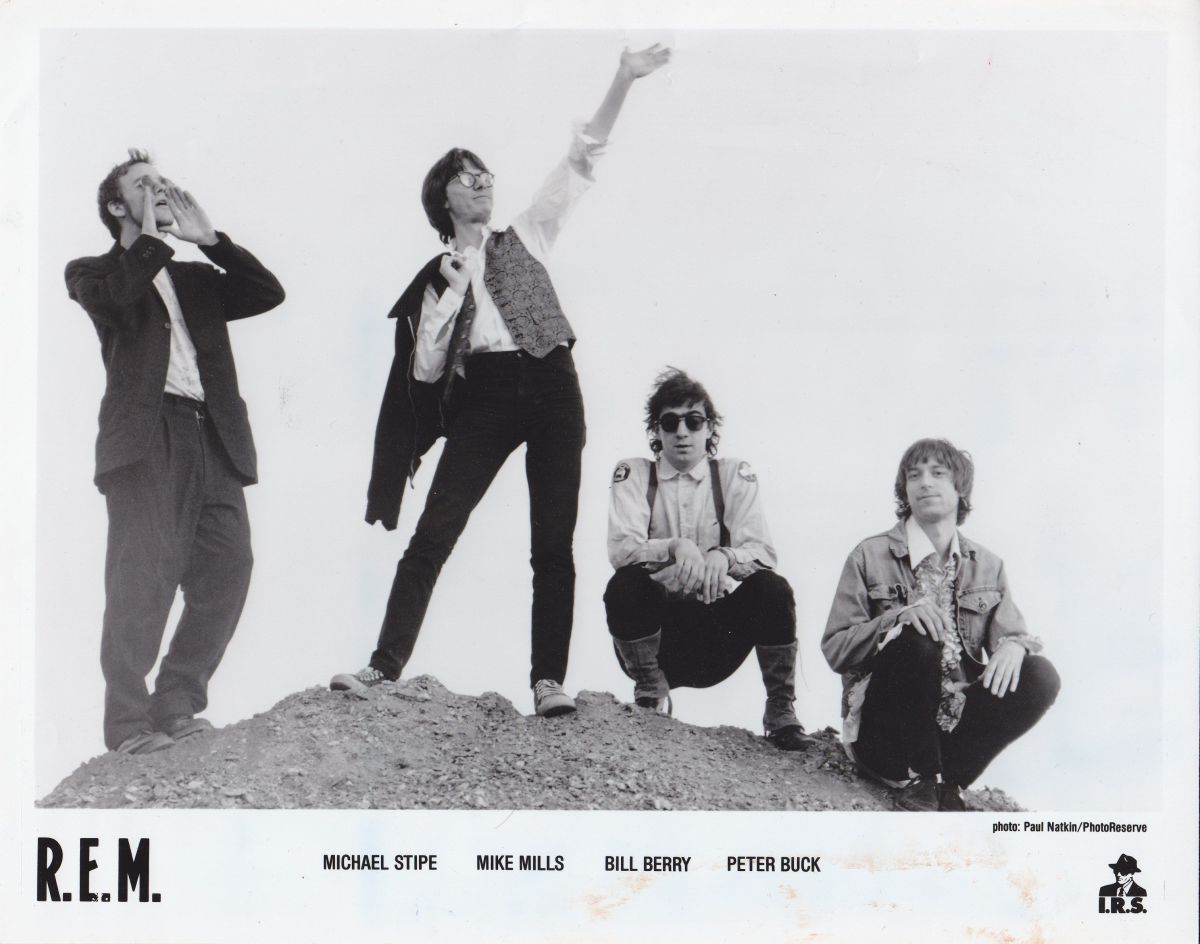 R.E.M. is one of my all-time favorite bands, so, for today’s article, I thought I’d start counting down my picks for their ten best releases.

END_OF_DOCUMENT_TOKEN_TO_BE_REPLACED

Curated by @mburnsoh this week’s playlist is built off of a Prince track and a EMF track. It features lots of 90’s music of various genres but also a few 2018 rap songs. Give it a listen below and check back for more fresh content daily from the MAC crew 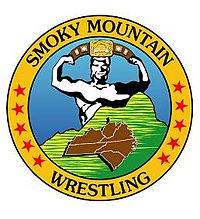 There have been countless phenomenal wrestling matches to have taken place outside of a WWE/WWF ring over the years. The likes of AJ Styles vs Shinsuke Nakamura at New Japan Pro Wrestling’s Wrestle Kingdom 10 and Kazuchika Okada vs Kenny Omega from NJPW’s Dominion 6.11 event come to mind from recent years, as do a vast number of classic matches from the sport’s territorial days. However, in my humble (but correct) opinion, the greatest wrestling match to ever take place outside of World Wrestling Entertainment took place in Smoky Mountain Wrestling at their Night of Legends show in the year 1994. The show, which took place at the Civic Coliseum in Knoxville, Tennessee, featured an incredible showcase of talent which was presented to a sold-out crowd. Smoky Mountain Wrestling is probably the most underrated and undervalued wrestling promotion to exist in the last 30+ years. The Night of Legends 1994 show is absolutely deserving of its own article discussing all of its greatness and, if I have anything to say about it, it will eventually get one. But ultimately, one match stands out above the rest from the super-card booked by Smoky Mountain. That match is, of course, the classic tag-team bout between The Heavenly Bodies (Gigolo Jimmy Del Ray and Doctor Tom Prichard) and The Thrillseekers (Chris Jericho and Lance Storm).

The match was the result of an angle built up by Smoky mountain in the weeks leading up to the Night of Legends show. The basic premise of the feud was that the Thrillseekers, the babyface team, were viciously attacked in a parking lot by The Heavenly Bodies, the storyline’s heel faction. This attack garnered instant heat with the fans, as at previous Smoky Mountain show, The Heavenly Bodies had come out on the losing end of a “Loser Leaves Town” match. Seeing the polarizing team back in the promotion loaned instant credibility, as well as an immense amount of heat. To allow The Thrillseekers to get their revenge following the attack, the Smoky Mountain promotion decided to lift the “loser leaves town” sanctions against The Heavenly Bodies for one night only: The Night Of Legends.

The match itself begins with The Heavenly Bodies entering the Knoxville Civic Coliseum with their manager, the great Jim Cornette. Before The Thrillseekers make their entrance, Cornette cuts a short, but epic, promo. After this short segment, a racecar pulls up to the entranceway, which is portrayed as being driven by The Thrillseekers. however, the lights go dark and the tag-team enters from the back entrance and immediately begins striking at The Heavenly Bodies. On commentary, the legendary Jim Ross is quick to point out that Thrillseeker Chris Jericho had suffered a broken arm in a “motorcycle accident” within 24 hours of coming to the ring to contest The Heavenly Bodies. While Jericho had actually suffered a broken arm within 24 hours of the bout, it was actually sustained while doing in-ring training prior to the Night of Legends event. Jim Cornette, who was also the owner and booker of Smoky Mountain Wrestling, discussed the utter shock and panic caused by Jericho’s injury in a later shoot interview with Kayfabe Commentaries years later. In what I found to be an immensely funny moment, Cornette addresses the added panic he felt when he realized that the arm Jericho had broken was the arm he would use to blade himself in the match, referring to it as his “juice gettin’ arm”. Regardless of how the injury was suffered, it added an incredible amount of drama to the match and Smoky Mountain was brilliant to use it to add to the Thrillseeker gimmick and to use it to enhance the storytelling of the match.

The next several minutes of the match are characterized by a great amount of action. The Thrillseekers and The Bodies seem to trade the upper-hand back and forth as several tag-ins, spectacles of impressive teamwork, and of course, Jim Cornette shenanigans make this sequence immensely entertaining. Just shy of the 13-minute mark of the match, Chris Jericho is thrown into the ringside barricades by Doctor Tom Prichard. It was directly following that spot when Jericho bladed his forehead. What followed was one of the goriest, and yet most inspiring sequences of events in professional wrestling history. Unbeknown to the crowd, and most of those involved in the show, Jericho had taken an aspirin prior to the match. The blood thinner paired with a sloppy, broken-armed blade job led to unimaginably heavy bleeding from Jericho. As the bleeding continued, The Heavenly Bodies began to truly take the upper-hand as The Thrillseekers were seemingly reduced to hopeless underdogs. After a brutal beat-down of Chris Jericho, the referee stops the match out of fear for Jericho’s health. However, after impassioned pleading from Chris Jericho and epic commentary from Jim Ross about Jericho’s toughness, the referee decides to restart the match. Jericho, bloodied to the point of no recognition at this point, is quick to deliver a martial arts kick to Gigolo Jimmy Del Ray. Jericho covers the Gigolo and a 3-count follows. Jim Cornette and The Heavenly bodies are absolutely stunned by the turn of events as an almost lifeless Jericho is helped out of the arena by his partner, Lance Storm.

I do not possess an adequate amount of words to describe my love of this match. The storytelling is simply superb. The underdog babyfaces being attacked by an iconic heel team and then being able to seek their revenge at the biggest show of the year is just great. The Heavenly Bodies are an absolutely iconic team and their pairing with the infinitely talented team of Chris Jericho and Lance Storm was a phenomenal booking decision. Lance Storm’s amazing talent can sometimes be overshadowed in this match because of Jericho’s legendary performance. He doesn’t get the credit he deserves. He is a spectacular wrestler and his abilities are showcased perfectly in this match. While the match may not be a technical masterpiece (one of the participants had a broken freaking arm, after all), it was still an amazing piece of entertainment. I can’t recommend this match enough to anyone who enjoys professional wrestling, or even just great entertainment. It truly is one of the better wrestling matches of all time.

Thanks for reading! Be sure to check out some of the other great articles by me, as well as the rest of the guys at Mid-American Culture! 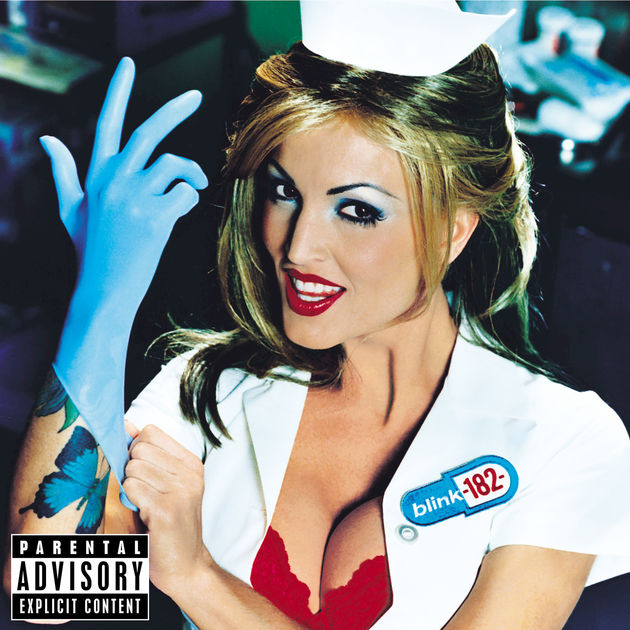 Hello, everyone, and welcome to the second entry in Mid-American Culture’s first ever Reviews Through a Friend, in which we review albums handpicked for us by our contributors. Today, I’m gonna be reviewing Blink-182’s massively successful album, Enema of the State.
END_OF_DOCUMENT_TOKEN_TO_BE_REPLACED 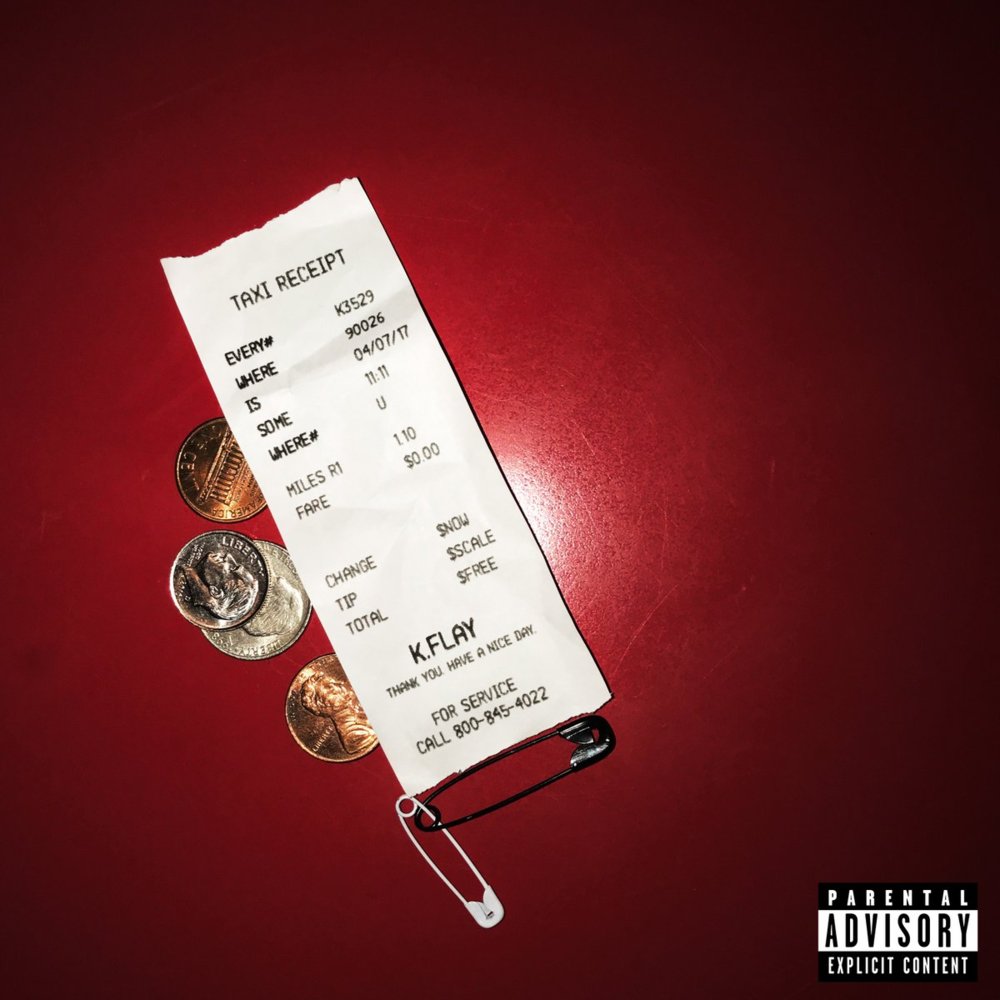 Upon my first listen of “Every Where Is Some Where” by K. Flay, I was fairly surprised.  Apple Music listed the genre as Alternative and that certainly wouldn’t be the words I’d use at all.