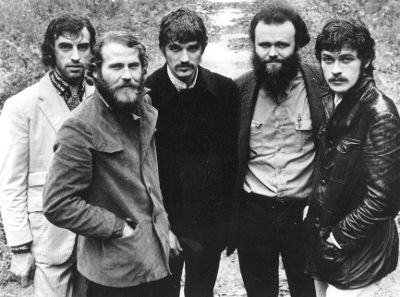 The Band was one of the most complete musical groups ever assembled. They had three different vocalists, all with unique singing styles – Richard Manuel brought the soul, Rick Danko brought the folk, and Levon Helm brought the country. Robbie Robertson was an elite guitarist, as well as one of rock and roll’s premiere songwriters. But the unsung hero of The Band was Garth Hudson: a utility player in the world of music. Similar to how Magic Johnson could play any position on a basketball court, Hudson could master any instrument you chucked at him, and this versatility was showcased throughout The Band’s entire discography. The fact that all of these masterful musicians were coalesced into a single group is mind-boggling. The group’s name said it all: they were the Band, not just another group, and today, I’m going to pick out some songs by The Band that feature some notably unique instrumentation by typical rock and roll standards, most of which were played by Garth Hudson.

Starting with The Band’s debut record, Music from Big Pink, I decided to pick “Chest Fever” to represent Hudson’s mastery of the organ. Garth Hudson provided some of the most memorable organ sections in rock and roll history, with the aptly named Keyboard magazine calling him “the most brilliant organist in the rock world.” No track by The Band exhibits this any better than “Chest Fever,” a five minute acid rock-folk-psychedelic jam that features some ear-piercing organ sections – and I mean that in the best way possible. As soon as the song starts, Hudson hits you with a quick improvisation piece before providing the song’s main organ riff, and the organ solo at about the 3 minute mark is something that simply needs to be heard. Honestly, I think this song would be sweet for a closing pitcher to enter a game to. MLB pitchers, if you happen to be reading this, make it happen!

Clavinet: Up on Cripple Creek

Some of you may be wondering: what the hell is a clavinet? Well, it’s the instrument that lends the trademark “boing-wah-wah” sound to funk music. It’s hard to describe, but if you heard it, you’d recognize it in an instant. And this instrument is featured on “Up on Cripple Creek,” from The Band’s eponymous album. It’s really cool to hear this sound in a rock tune instead of the typical funk scenario, and, as I understand, Hudson’s clavinet in this song is actually one of the first occurrences of the instrument in a modern song: pretty cool! And, since this is one of The Band’s biggest hits, I’m sure some of you have heard this track already. If not, I implore that you give it a listen because it’s truly a magnificent song.

Accordion: When I Paint My Masterpiece

This tune, originally written by Bob Dylan, was featured on The Band’s album Cahoots. The accordion, when played properly, is one of those instruments that can just bring a smile to someone’s face. And having Hudson’s accordion paired with Levon Helm’s incomparable voice, this is truly a gorgeous track. The accordion is quite dynamic in this song: ranging from being featured front and center to subtle pieces in the background. I don’t really know how to describe it, but this song has a magical quality to it. That’s just the effect The Band’s songs can have on people, I suppose.

The horns featured in this song are just a subtle touch that could’ve been an afterthought. But, the addition of the sax in this song elevates this song from simple folk to a tour-de-force of musicianship. Rick Danko’s voice in this song carries such emotional weight, and the saxophone kicking in in the second verse really heightens the sadness of the song. I would go as far to say that this song features Danko’s best vocal performance, and the instrumentals kick it up a notch to make this one of The Band’s most memorable songs.

From 1975’s Northern Lights – Southern Cross, next up we have “Jupiter Hollow,” an underrated track, in my opinion. I don’t even know how to categorize this song – space-funk-folk, maybe? Genre classifications notwithstanding, this song features some epic synthesizer work, an instrument previously unused by The Band. Hudson’s synth touches provide a certain tranquil nature to the song. I would liken it to aquarium music: music that induces a sense of peacefulness and contentment to the listener, but while aquarium music is largely ignorable, this song keeps varying it’s background touches, providing a very dynamic song. This also provides a sense of curiosity to the song. “Jupiter Hollow” is a weird track, but I love every second of it. Also, some dude on Youtube interpreted the lyrics as relating to Game of Thrones. Pretty cool, even if the song was released over 20 years before George R. R. Martin’s first book in the series.

There are so many more notable tracks by The Band that feature unique instrumentation: Rick Danko’s fiddle in “Rag Mama Rag,” Garth Hudson’s Rocksichord on “This Wheel’s On Fire,” the lovely violin in “Acadian Driftwood,” the list goes on. I just thought I’d share a few that I found interesting and that I think provide some insight into why I think The Band was one of the greatest musical acts of all time. Thanks so much for reading, and check out our other articles, as well as our weekly playlist!

When you think of Halloween, what comes to mind? Creepy costumes? Parties? Horrifying haunted house attractions that are way overpriced? Or, what most of the younger participants of All-Hallows Eve think of: insulin-exhausting amounts of candy.

We all associate this holiday with the sweet stuff, and every year kids are released into the neighborhood, trick-or-treating their way around the block until their plastic pumpkin pails are almost bursting with all kinds of confections. Everyone has their preference as to which candies are the best, but today, I’m gonna establish a three-tier system for Halloween candies: the primo, the overrated, and the “please don’t.” First, let’s start with the good stuff.

END_OF_DOCUMENT_TOKEN_TO_BE_REPLACED 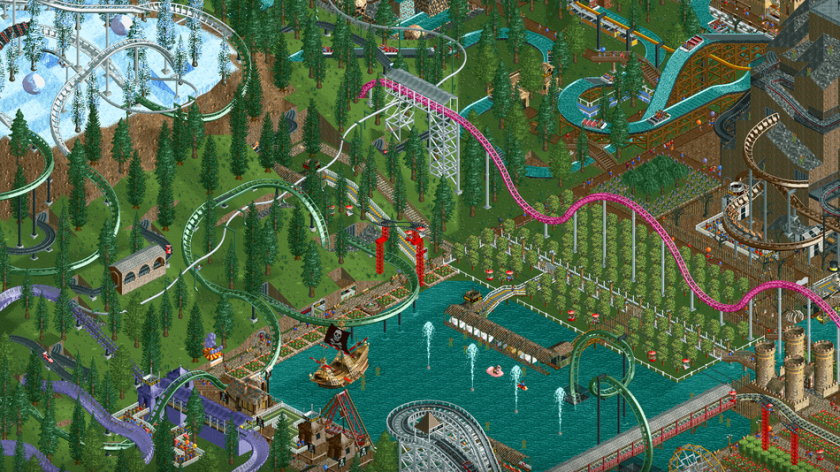 As a young lad, I spent many an hour playing the original two RollerCoaster Tycoon games on PC. For those of you unfamiliar with the series, RollerCoaster Tycoon is a game where you manage a theme park – building thrill rides, roller coasters, refreshment stands, and the like. The goal of the game is to accomplish whatever the game asks of you, depending on which area you selected. For instance, the goal might be that you have 500 guests in your park by the end of year two. The game goes by pretty quick, so you can beat a number of these scenarios in as little as an hour.