I have a confession to make. I love watching men’s fashion and style videos on YouTube. I consider myself to be a relatively well-dressed guy and I’m always looking for new, creative outfit ideas and new clothing, shoes, etc. to try out. This leads me to the unfortunate discovery I made a few days ago. I encountered a video entitled “19 Things Men Should Never Wear” uploaded by a channel called Gentleman’s Gazette. The channel has nearly 350,000 subscribers, which led me to believe it was a credible channel and that the video was worth watching. Boy, was I wrong.

The creator of the channel, Sven Raphael Schneider is hands down the most uppity, pretentious and overall jerkish human being that I have ever encountered on YouTube, and that includes Logan and Jake Paul. At one point in the video, he actually says that wearing a certain style of clothing makes you look like a “peasant”. Throughout the video, Schneider continues to degrade all different sorts of styles. I was so put off by this clown and his video that I held off on uploading what I planned to upload this week just to talk about this joke of a video, this joke of a YouTube video, and this joke of a person. I am someone who believes that someone should be free to dress however they please and never be judged for it. On the flip side of that, I also believe that criticizing what someone wears, especially in the excessively stuck-up and rude way that Schneider did, opens you up to any amount of criticism. Therefore, I would like to point out that the guy has mixed the baggy suits of the 90’s with the obscenely outdated styles of 1930’s formal wear in such a way that I want to gouge out my eyes with a spoon every time I look at it.

If you want to subject yourself to the kind of torture I endured at the hands of this video, I have linked it down below. Thanks for reading. Check out some of the other content here on Mid-American Culture!

YouTube is an awesome platform. It gives anyone with a creative drive and a camera the opportunity to both express themselves and to entertain others who share an interest in their content. Today, I am going to tell you about my three favorite YouTube channels. One of them is a gaming channel, one is a music channel, and one is a sneaker/fashion channel. If anyone is interested in checking them out, links to their respective channels will be provided. Enjoy!

Swiftor is hands down my favorite gaming channel on YouTube. I think what I really like about his channel is that it is not your typical gaming channel. My favorite content of his would probably have to be the mini-games he plays with other gamers, typically in Call of Duty or Grand Theft Auto. Anyone who enjoys gaming content should watch his recordings of a game called Mafia, played within Call of Duty. However, if games such as Call of Duty just aren’t your thing, Swiftor has also posted gameplay from games such as The Price is Right, PUBG, Friday the 13th, and H1Z1 Auto Royale all in the last week. As far as gaming goes, I feel like Swift has content for just about everybody. He is an absurdly entertaining dude and I highly recommend anyone who enjoys gaming videos check out his channel!

Meami is a music reaction channel that I just recent discovered. I’m so glad that I did. Reaction videos are some of my favorite videos on all of YouTube and as far as music reactions go, Meami is the best. Watching him react to new music releases is just entertaining. There’s something about the dude’s energy that just makes him a blast to watch. I completely agree with his musical opinions more than not, which is always nice when watching reaction content. Meami is just a cool guy who likes music, games, and his awesome tattoos are also worth noting. Anyone who enjoys hip-hop/rap and/or reaction videos should definitely check him out.

YoAnty was the very first channel I ever subscribed to on YouTube. To this day, he is still my absolute favorite YouTuber. There isn’t a more genuine guy on YouTube. Although he doesn’t do them anymore, his vlogs were the most entertaining on the internet, in my opinion. His sneaker/clothing hauls and reviews are great. The production quality of all of his videos is top-notch, and his thoughts on whatever he’s talking about are always extremely informative. Above all else, he is just a fun, entertaining guy on YouTube who likes talking about shoes, cats, and iced coffee (jet fuel only). He hasn’t fallen victim to the clickbait nonsense that seems to have taken over sneaker YouTube in recent years. He has stayed true to what earned him his subscriber base and I think that’s extremely commendable. Anyone who likes sneakers should absolutely check out his channel!

Everyone should check out these three awesome content creators, as well as the awesome ones here at Mid-American Culture. Thanks for reading!

Hello everybody, and welcome back to the Mid-American Culture page. Today I am going to discuss the thing people may pay attention to the most in sports, the uniforms. Uniforms can be awesome if designed the right way, but if not, well you could end up on this list. Rather you are a sports fanatic or the lady who won the March Madness challenge by picking what team had cooler colors, you should enjoy this list.

New Orleans dug deep into their history to try and influence a nice jersey, but all they did was make a mess. While everything about Mardi Gras is cool, these jerseys were not and either was their 27-55 record. 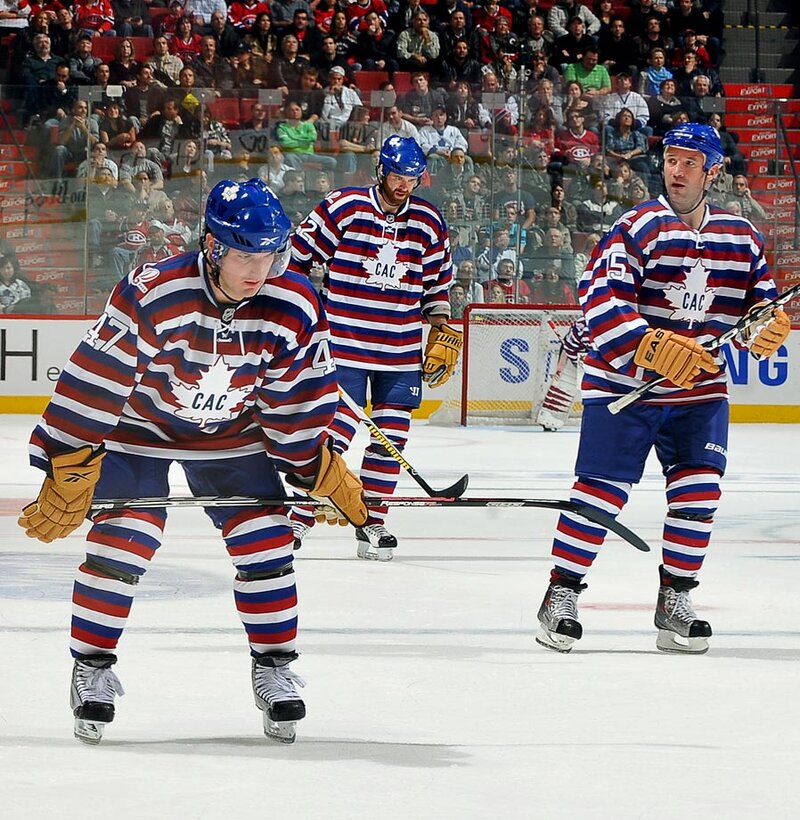 Honestly, I think these jerseys are pretty cool, but it kind of gives me a headache. The Canadians were paying homage to their team from 1912, and it led to this cool, migraine inducing jersey.

To all the Browns fans out there, I am sorry. Your team is taking an L today because these bad boys are just so damn ugly. I like the inspiration for it, but however, the design was botched and seeing these jerseys on TV burns my eyes.

I get it, the 90’s were a wild time, but the goalie, Jorge Campos, jersey was pretty damn ugly. Not only is it ugly, but they have nothing to do with the country nor soccer. This jersey may be the definition of a 90’s design, but, unlike the other 90’s design, this one sucks

I have mixed feelings about these. They are kind of dope, but at the same time it feels like I am watching Woody from Toy Story play hockey.

I don’t know why they did this, but they did and I love it. Yes, I did knock Mexico’s goalie for his jersey not having anything to do with the team, but these are just cool. The jersey itself flows really well together and I think it was a huge success.

These jerseys are cool as hell, but ugly at the same time. I believe these were the only uniforms in baseball to ever have shorts. As a former baseball player, I would have hated to play in these uniforms. Nobody wins when you slide in shorts, the catchers knee guards would rub, and taking a cleat as it is is not fun. The team has retrod these jersey and wore them again, but with pants. While these receive mixed opinions, I think these are ugly. I just thank God that Jackie Robinson did not play in these because, well, look at them. These jerseys remind of those very ‘thot’ like articles of clothing you see the local ‘thot’ wearing or being advertised on Twitter.

What do you think? Are these jerseys dope or ugly? And what jerseys do you think deserve to make the list? Let us know down in the comments! I hope you all enjoyed this article, and as always thank you for tuning in on this fine Friday. Stay tuned for fresh daily content from myself and the rest of the Mid-American crew.