This week has been awful. There’s no other way to phrase it. Several sad events have occurred this week that really have me bummed out. I will be talking about two of them in my article this week.

The first of which is the awful news coming from the world of professional wrestling. Arguably the biggest star in the WWE, Roman Reigns, revealed that he is being forced to step away from wrestling to battle leukemia. The news of this really hit me harder than it should. I’m not a regular viewer of new WWE programming anymore. I’m not a particularly big fan of Roman Reigns as a performer. However, this is a man who has a young family, who has tirelessly dedicated himself to the entertainment of others, and who clearly takes care of himself. More than anything, it is a sad reminder that cancer doesn’t care who you are. It’s a sad reminder that this horrific disease still effects people every single day. As someone who has lost multiple family members to cancer, it’s a sad reminder that this awful thing still exists. Roman’s going away speech on Raw this week was about as emotional as WWE programming gets and I eagerly await his return.

The other tragic event that occurred this week is the attempted bombing of several key figures in the Democratic Party. A significant number of prominent Democrats, many of whom I deeply admire, were the targets of attempted acts of terrorism. Those targeted by these attempted bombings are staunch critics of President Trump, the Republican Party, and conservative ideals. These are the people who think the way I think. I hope to one day be amongst these people as prominent, outspoken figures against Conservatism who are trying to promote a better America and a better world. The targets of these attacks are individuals fighting a battle of ideals, not weapons. It is important to note that in addition to several key Liberal figures, CNN was also targeted with a mailed explosive device. CNN has been repeatedly criticized and demonized by the President and other conservative figures. Logic suggests that a radical right wing person or group is responsible for these attempted killings. Those responsible attempted to commit mass murder directed at the left. The fact that this is the point we have reached in America is deeply saddening. I disagree with just about every conservative idea that has ever existed. However, not once have I ever considered the murder of anyone on the right to be a good idea. Even the thought of killing people for their involvement on the opposing side of the political spectrum is absolutely mind-blowing. This is where we are in America, apparently. It is just sad.

I’ll leave my overly depressing article with this thought….. Maybe some good will come from this. Perhaps Roman Reigns’s recent diagnosis will bring about more attention to cancer and increase funding for a cure. Maybe politicians on both sides of the isle will come together to help heal the wound that has clearly split the country. Maybe the President will do something to reverse the violent and hateful climate he has helped create in America. I believe that the first two could genuinely happen, maybe. The last one, probably not. Be we will see. I’ll be back next Thursday with hopefully a slightly less depressing article. Be sure to check out some of the other great content on Mid-American Culture! 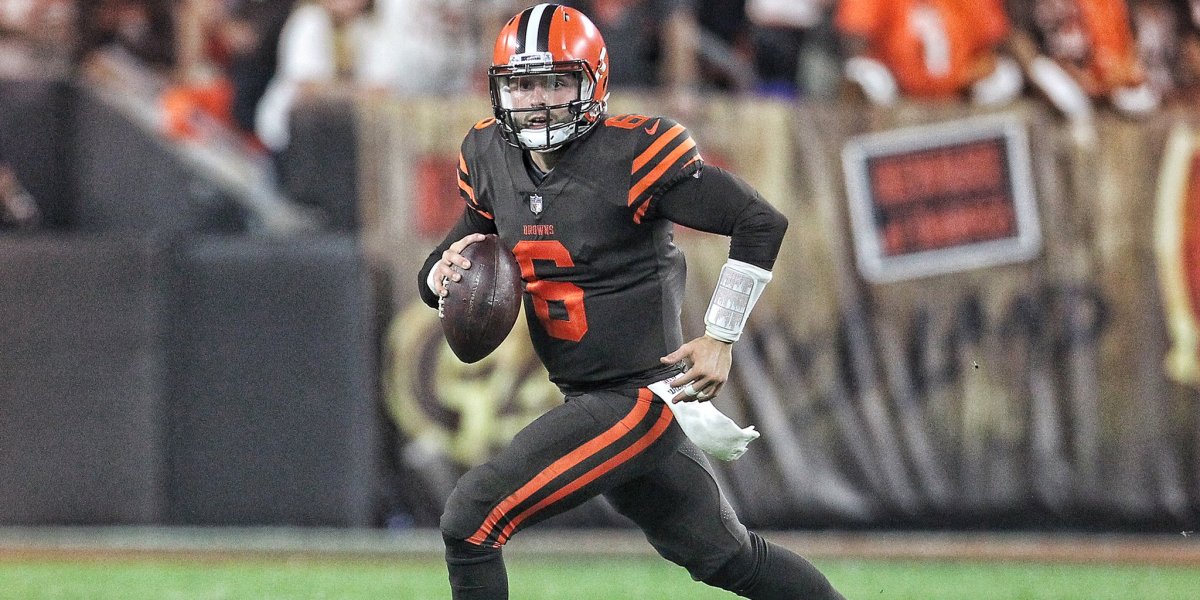 I’ve been a Browns fan my entire life, so let’s see how this season goes… END_OF_DOCUMENT_TOKEN_TO_BE_REPLACED 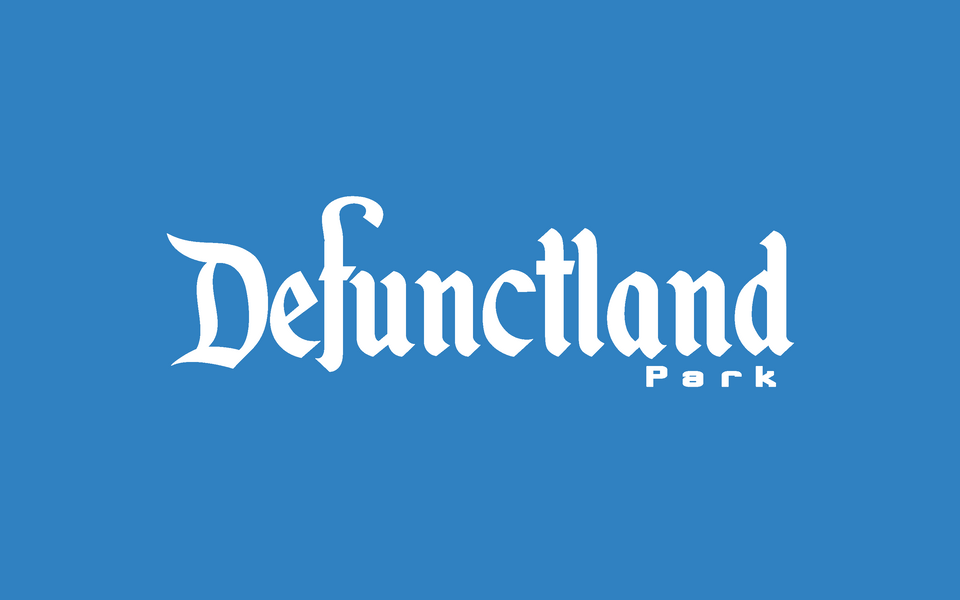 I’m sure most of us have fond memories of amusement parks, whether it be at the Happiest Place on Earth, school field trips to Camden Park, or thrilling visits to Cedar Point or Kings Island. Recently, my brother and fellow Mid-American Culture contributor Chase introduced me to a YouTube channel that produces videos about various amusement park attractions that are no longer in operation, or cease to exist entirely. That channel is called Defunctland, ran by Kevin Perjurer, and I’ve been watching tons of those videos lately, so I thought I’d share some of them with you all today.

END_OF_DOCUMENT_TOKEN_TO_BE_REPLACED 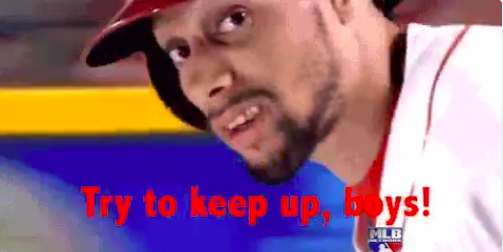 Billy Hamilton has long been shoved down Reds’ fans throats as the next big thing for the franchise. His ability to blaze the basepaths and showcase his stellar glove in center field have occasionally dazzled fans, but, as any frequent Reds-watcher can tell you, his inabilities to get on base and do anything of offensive merit are much more infuriating than his big plays are exciting.

END_OF_DOCUMENT_TOKEN_TO_BE_REPLACED

Ever since the Reds decided to resign Homer Bailey in 2014, he has been nothing short of disappointing. Add this to the fact that he is currently in the middle of a six year, $105 million contract, and it should become very apparent that the Reds made a huge mistake. But, is Homer’s contract the worst in the history of the MLB?

END_OF_DOCUMENT_TOKEN_TO_BE_REPLACED

Yesterday, May 8th, was election day in several states, including West Virginia. Being the political junkie that I am, I followed a lot of the local races closely. None of the races were more intriguing to me, however, than the Republican Primary for West Virginia’s Senate seat. The Republican race was an intense contest to decide who would challenge incumbent Democratic Senator Joe Manchin, who won his respective primary by a much thinner margin than I had initially anticipated. The most noteworthy and legitimate candidates in the Republican primary were West Virginia Attorney General Patrick Morrisey and Congressman Evan Jenkins. The candidate who drew the most buzz, however, was former coal executive Don Blankenship. You might remember him from his trial and subsequent conviction for his role in the death of 29 miners in one of his mines. I could go on and on about the subject, but suffice it to say that Don Blankenship is an absolutely despicable human being in every sense of the word. With that being said, his campaign did result in the world now having the perfect example of what an awful political ad really is. As soon as I saw it, I knew I had to write about it.

I will now, in chronological order, break down everything wrong with this ad. The very first part of the ad is Don Blankenship stating his name, as well as the fact that he approves the following message. This is pretty standard stuff, but there is an immediate cut to him talking. The redundancy of saying you approve of a message you are literally delivering yourself is simply too ridiculous not to point out. The actual substance of the ad begins when Blankenship attacks Republican Senate Majority Leader Mitch McConnell. Generally speaking, I don’t think calling one of the de facto leaders of the party whose nomination you’re seeking a “swamp captain” is a very good idea. Blankenship then proceeds to say that McConnell has created a significant amount of jobs for “Chinapeople”. This was the cause of great controversy because of its racially inciting nature. At the very least, the term had negative racial undertones and should have immediately disqualified his candidacy. Blankenship throws in a nice little rhyme after that, in what I can only imagine was a horrible attempt to mask his racism. No matter how good of a ring “Mitch has gotten rich” has to it, rhyming has never been a successful camouflage for bigotry. Blankenship continues to attack McConnell, whom it is important to remember, has a wife of Chinese descent, for taking large contributions from his “China Family”. Furthermore, Blankenship points out that negative ads are being run against him. In what should come as a shock to absolutely no one, Blankenship blames McConnell for this as well. What really surprised me what that Blankenship literally repeats every criticism of him that these ads portray. All that does is draw attention to what people think is wrong with you. I can’t even begin to explain how bad of an idea this is politically. It’s literally Politics 101. I would love to meet whoever his advisors were that thought this was a good idea.  He then, while still maintaining the cold and emotionless demeanor he has portrayed throughout the whole ad, declares a “war” to “drain the swamp” and create jobs for “West Virginia people”. Channeling Trump with the swamp reference makes sense, seeing as how Blankenship has already exposed himself as a Trump-like candidate. I also feel that the phrase “West Virginia people” says a lot about Blankenship. The wording gives a sense of Blankenship not seeing West Virginians as “his” people, in the sense that he doesn’t see himself as an actual West Virginian. This is actually fitting, considering Blankenship resides in a Las Vegas mansion for a large amount of the year. Not identifying with those you aim to represent isn’t a part of any sensible political strategy I’ve ever heard of. Blankenship closes the ad with a scene of him holding two children, which I presume to be his own (although given his still emotionless demeanor, I’m absolutely not confident in saying they aren’t two random children). Blankenship finishes by declaring that he will “beat Joe Manchin and ditch Cocaine Mitch for the sake of the children”.

Clearly, he should have spent more time worrying about the other Republicans in the primary instead of Joe Manchin, as Blankenship finished third and will not have the opportunity to face Manchin. As someone who avidly follows politics, I am confident in saying that this is the absolute worst campaign ad from a serious factor in any election that I have ever seen. This ad certainly had a negative effect on Blankenship’s candidacy. I will finish this piece by pointing out one shocking fact. After the airing of this ad, and despite all of these fallacies, Don Blankenship still received 27,153 votes. 20% of voters in the Republican Primary voted for a convicted criminal who was, at the very least, partially responsible for the death of 29 miners. That is the saddest part of everything I just pointed out. Let that disheartening fact sit in the back of your mind the next time you’re deciding who to vote for.

Thanks for reading and make sure to check out some of the other content from the staff at Mid-American Culture.